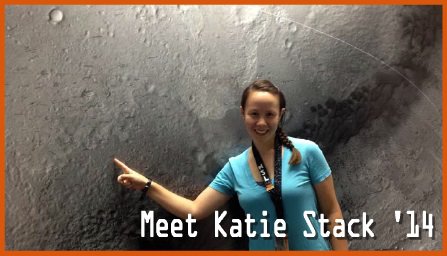 I met Professor John Grotzinger during my visit to Caltech as a prospective graduate student. He gave me a Mars Science Laboratory (MSL) mission poster – a reminder that if I chose Caltech, I would have a chance to work on this roving laboratory – the biggest and most complex rover sent to Mars. On my flight back east to finish out my senior year of college, my mind was made up! 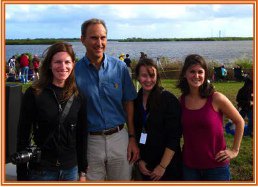 In 2008, I arrived in Pasadena to begin working in the Grotzinger Group; we learned that the rover launch date, originally set for fall 2009 – would be delayed by two years – that would be 2011. The fate of the mission uncertain, my chances of working on MSL at Caltech grew slimmer and slimmer. But in November 2011, I made the trek out to Cape Canaveral with my fellow Grotzinger lab mates, “Grotzinger Martians,” to witness the launch of the MSL rover, now named Curiosity. A few months later I got the email from John that I had been hoping for since I first met him in 2008 - I officially became a member of the MSL team!

As the August 5th landing date approached, I joined inthe team-wide “dress-rehearsals” for the rover landing at the Jet Propulsion Laboratory (JPL) and took part in the geological mapping effort of the landing site ellipse. We played landing site “bingo,” where each team member got to pick where in the ellipse we thought the rover would land. On the night of the landing, I followed along nervously with a timeline of the entry, descent and landing milestones. I could barely take the suspense of those 7 minutes of terror knowing so well the ups and downs the mission had experienced over the past few years! 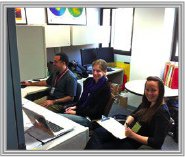 It has been incredibly exciting to be up at JPL during the first days of the mission. As a student team member, I am able to work alongside some of the most influential Mars scientists who have all come together at JPL for these first 3 months of the mission. I continue to help out with the Gale Crater mapping effort, taking part in operational roles, planning activities for the rover, and getting used to being on a crazy “Mars time” schedule. 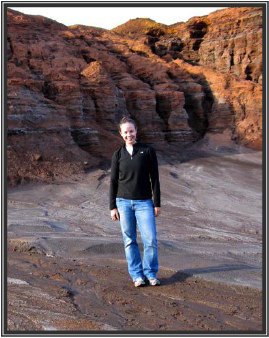 Although I came to Caltech in 2008 hoping to jump right into the MSL mission, I am so fortunate now that I have 4 years of GPS classes, field courses, and research projects under my belt. Each geologic mapping trip out to field with Professors Brian Wernicke, Joann Stock, or my advisor John helped give me a better perspective on the geologic mapping we’re doing now in Gale Crater. Even the isotope geochemistry and atmospheric dynamic classes I moaned and groaned my way through as a first-year student have made it a lot easier to understand some of the more complex experiments the Curiosity rover hopes to carry out.

THANKS to the support of the faculty, staff and my fellow students in GPS that I’ve received during my time at Caltech, I feel prepared and ready to be a contributing member of the most exciting Mars mission to date. And while it’s easy to get caught up in the day to day activities of rover operations now that the rover has landed successfully, every new image or analysis that comes down from the rover reminds me that I’ve been given this truly once-in-a-lifetime opportunity.

Every gift, every alum, any amount – you make an impact on continuing Caltech's legacy of discovery and exploration. Thank you for learning my story and considering a gift of support to the New Generation of Techers.