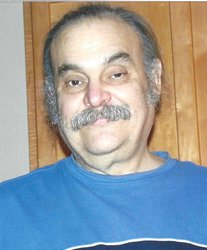 Dr. Frank Joseph Nagy would have been pleased to have a scholarship at Caltech named for him.  During his long and productive career as an Applied Scientist at Fermi National Accelerator Laboratory in Batavia, Illinois, Frank often mentored younger scientists, and inspired students to take the most demanding math and advanced science classes so they could better contribute to science.

Frank grew up in rural Pennsylvania, and was the valedictorian at Knoch High School in 1967.  He then earned his BS in Physics from Carnegie Mellon University, and his MS and PhD in Physics from California Institute of Technology.

Frank was proud of working as an Applied Scientist at Fermi from 1980 until his untimely death on December 21, 2016.  During his time there, he designed the network protocol for Accelerator Control Network (ACNET) and was a major contributor to many other aspects of the design of ACNET, which preceded the invention of the now-ubiquitous Ethernet and Internet standards. He was also involved in the design and implementation of EPICURE, the new beamline control system.

Over the years, Frank managed the Distributed Computing Group, the VMS Systems Support group, and the CDF/D0 Systems Support Group, then worked as a member of the Computer Security team where he helped implement the Kerberos Certificate Authority service.

At the time of his death Frank was a senior member of the Authentication group. His knowledge of the lab, its services, and policies were a tremendous asset to the group. Frank acted as both a mentor for the other group members and subject matter expert for the Kerberos services he managed.

Frank was an avid reader throughout his life, and his extensive science fiction collection was donated to the Aurora, St. Charles and Sugar Grove (IL) Public Libraries, because it was too large for any one library system to absorb.  Frank loved spending evenings reading, surrounded by his five rescued cats, Pixel, Natasha, Fuzzy, Tigger and Patches.

Frank always appreciated a good joke, and ran a humor listserv (heavy on cat and science jokes) that brought smiles to many people.