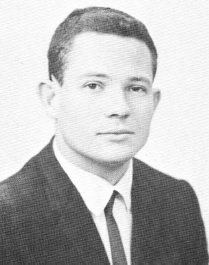 He was a member of Page House and got a BS in Physics in 1966.  He went on to Princeton for his PhD in Physics.  He ultimately started a consulting firm based in Sacramento.  Much of his career was in risk analysis methodologies.  One of his projects was a job for NASA evaluating the risk of radiation from a Space Shuttle accident if it was carrying plutonium and he estimated it as 1:50, higher than NASA liked.  He also predicted that the main source of failure would be the solid rocket boosters, eventually proved correct with the Challenger accident.  He also did consultations for the California Energy Commission during the electricity shortage for California a number of years ago and was absolutely correct in his analyses.